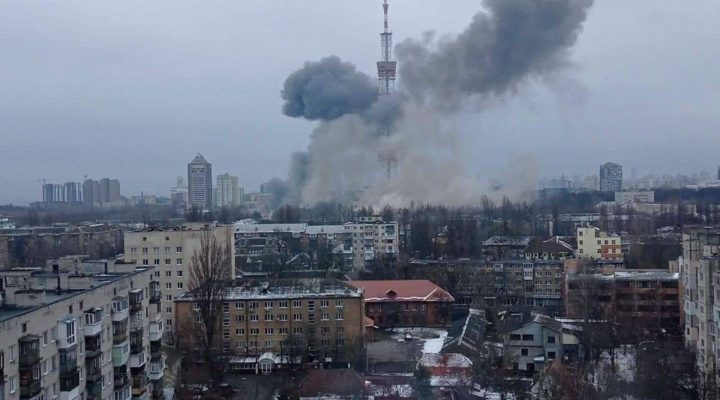 On April 1st, well-known Ukrainian photojournalist Maks Levin, was found dead close to Kyiv, where he was reporting on the Russian invasion. Levin was shot by Russian armed forces; unarmed and wearing a press jacket.

Maks Levin, was the 7th journalist killed in Ukraine since February 24th. Yevheniy Sakun, Viktor Dedov, Brent Renaud, Pierre Zakrzewski, Oleksandra Kuvshynova & Oksana Baulina all lost their lives while covering the Russian offensive. A quarter of all journalists killed worldwide since the start of the year.

What efforts are made by organisations such as the European Federation of Journalists and Brussels Press Club to support journalists and reporters in Ukraine? What measures can the international community implement to provide assistance to journalists covering the invasion? And what more can be done to protect journalists in the country and in exile?

To discuss these and other questions, and highlight the extremely dangerous conditions reporters in Ukraine are working in, Géopolis/Euradio invited Ricardo Gutiérrez (General Secretary of the European Federation of Journalists (EFJ)), and Alia Papageorgiou (President Press Club Brussels Europe, now Kyiv Press Club), for a public radio show at L’Ascenseur in Brussels.