Nouveau podcast – Through the Lens of – Asger Ladefoged 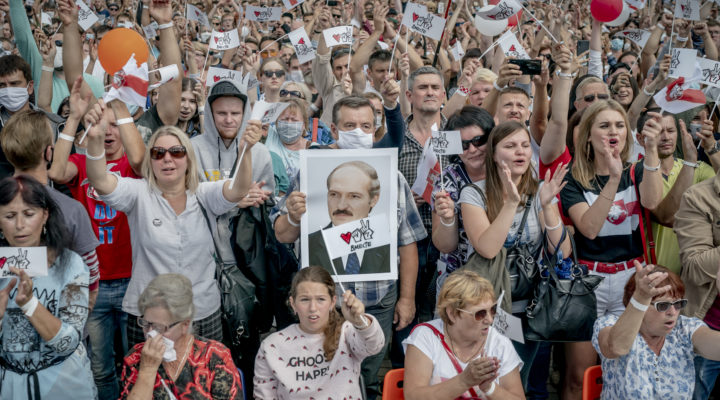 In the context of the exhibition “The Press, a Fragile Freedom?”, we talked to Danish photographer Asger Ladefoged about his work on the Belarus Uprising.

euradio · Through the Lens of – Asger Ladefoged

In 2020, he spent a month covering the mass protests organised in Belarus before and in the aftermath of the elections. Twice while working, he was detained by the Belarusian authorities who, besides using violence, confiscated his memory card in order to hide and censor their wrongdoings during the clashes with civilian protesters.

Before Russia’s invasion of Ukraine, Belarus was Europe’s most dangerous country for journalists. Media outlets have never been more repressed by the authorities than since Lukashenko’s controversial re-election in 2020. Authorities have used censorship, violence and mass arrests and have conducted coordinated raids on media outlets. Around 20 media outlets have been labelled as “extremist” since August 2021 (RSF, 2022).