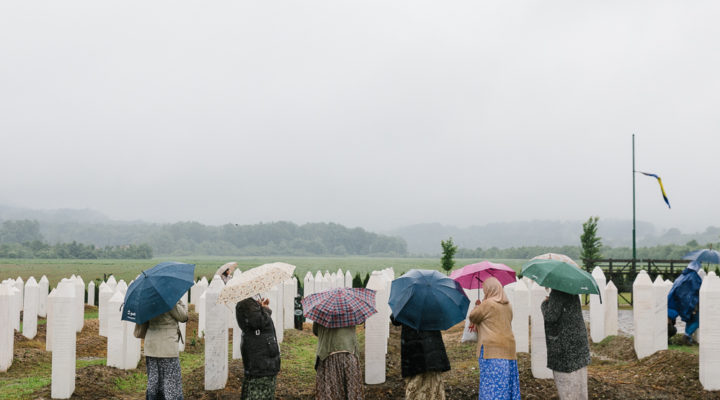 On November 28, Géopolis will organise the opening debate of the exhibition MISSING in cooperation with the International Committee of the Red Cross (ICRC).

Every year, thousands of persons go missing in the context of armed conflicts, disasters and migration processes. The ICRC has registered 145.000 missing persons, the highest number in 15 years. Amongst the missing are victims of ongoing conflicts and people migrating across borders, but also people that disappeared decades ago and whose fate and whereabouts remain unknown. Family members of the missing have to wait years, sometimes decades, before they receive information about the fate of their loved ones. Meanwhile their questions remain unanswered, and their pain and grievances are often ignored or overlooked.

On November 28, Kevin Faingnaert (photographer of the documentary MISSING Bosnia), Walter Fuelleman (ICRC Head of Delegation to the EU) and Monique Pariat (Director-General European Civil Protection and Humanitarian Aid Operations, European Commission) will discuss the issue of missing persons in the Balkans and the wider issue of disappearances worldwide.

How can it be assured that states take all possible measures to search for the missing and inform family members about their fate? Which initiatives and programmes exist to prevent people from going missing, clarify the fate and whereabouts of missing persons and reunite families?

The ICRC operations are supported by the European Commission.